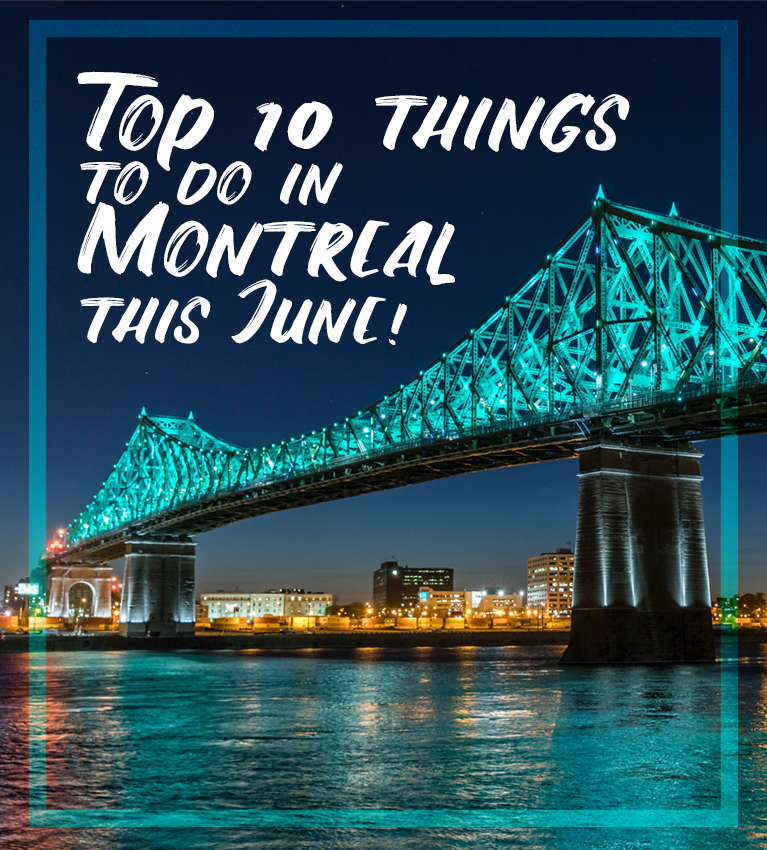 It’s been rain showers and disagreeable weather this May, but summer is just around the corner. Make the most out of your summer in Montreal by trying one or all the events listed below. With everything Montreal has to offer, you’re bound to find something that catches your eye; whether you enjoy basking in the beautiful warmth of the sun or hiding from the brutal humidity indoors with air conditioning. Regardless, there’s plenty to do…

Montreal is remarkable for its endless list of assorted summer festivals.

From music and arts festivals like the city’s famous Jazz Festival (June 27-July 6) which holds the spot as the world’s largest jazz festival according to the 2004 Guinness Book of World Records. The Mural Festival (June 6-16) an international public art festival that transforms Saint-Laurent boulevard into an open-air museum by uniting the talents of local and international artists. Les FrancoFolies de Montréal (June 14-22) a beloved French music festival celebrating the best musical talents of the French-speaking world. Montreal Folk Festival sur le Canal an array of performances by local and international folk, bluegrass, pop, rock, and bluegrass musicians. And last but not least Montreal’s Bal en Blanc Festival (June 28-30) the country’s longest-running electronic festival, and one of the first of its kind in the world. A now prominent Montreal cultural event, this year will mark its 25th anniversary.

Next, there’s the science and technology festival of Eureka! (June 7) which aims to highlight the richness, diversity and extraordinary creativity through Quebecer innovations and science/technology related careers.

With Montreal’s diversity you will also come across cultural festivals such as International Portugal Festival of Montreal (June 14) and Lebanese Festival (June 14).

If after all that you’re still not impressed with the selection of festivals Montreal has to offer, maybe you’ll be interested in hearing that it even has a Dog Fest Montreal (June 22-23), I kid you not! 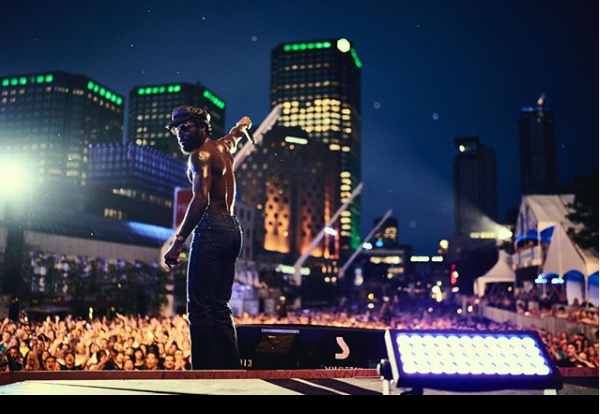 2. THE CANADIAN FORMULA ONE GRAND PRIX

It’s not summer in Montreal without the highly anticipated annual Grand Prix (June 9), one of the most attended motorsports events in the world! This event attracts world distinguished F1 racers, celebrities, F1 enthusiasts, and spikes the curiosity of even the least knowledgeable Formula 1 minds due its activity filled weekend and all the excitement in the air when this time of year rolls into the city. 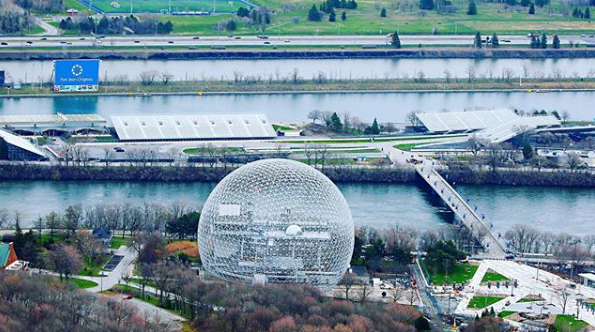 A fan of concerts and performances? Keep an eye out for Montreal’s upcoming artists and performers such as the largest theatrical producer in the world, Cirque du Soleil Alegria (April 18-July 21), the young talented Billie Eilish (June 12) at Place Belle, the acclaimed acapella group Pentatonix (June 11), and the adaptation of the beloved Mamma Mia! (June 5-July 18) at the St Denis Theater. 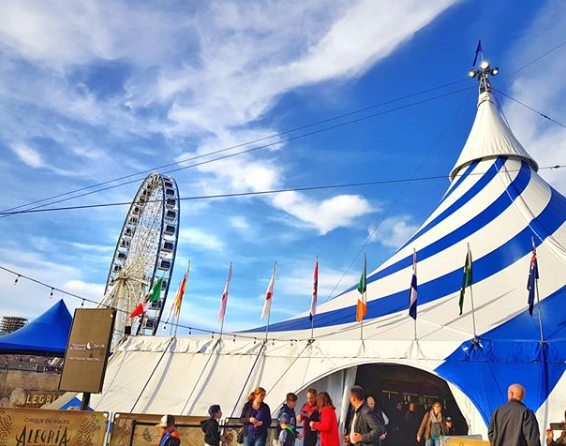 In the mood for a laugh? Montreal’s got you. The city’s got some funny talents to see this June like the one and only Adam Sandler at the Bell Center June 8. The hilariously funny Aziz Ansari from TV shows like Master of None and Parks & Recreation on his sold out tour, Road to Nowhere, June 20. Lastly, the Laugh Lounge returns to an all new location June 4 and continues on the first Tuesday of every month at the Burgundy Lion Pub. 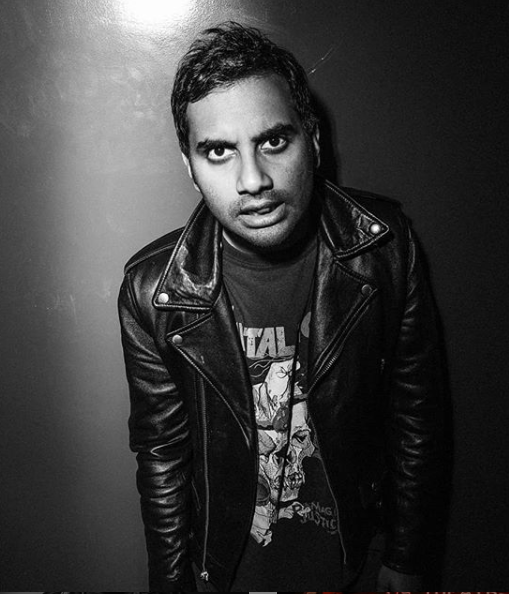 5. FLAVOURS AND AROMAS OF OLD MONTREAL

It’s not summer in Montreal without sampling some the city’s savory mouth-watering local foods. The Flavours And Aromas Of Old Montreal is a walking tour which allows you to discover the cultural and historic culinary charms of the beautiful and oldest district of Montreal. The tour runs 2.5 hours and involves 7 tastings where you will learn all about the various cultural influences of Canadian foods. 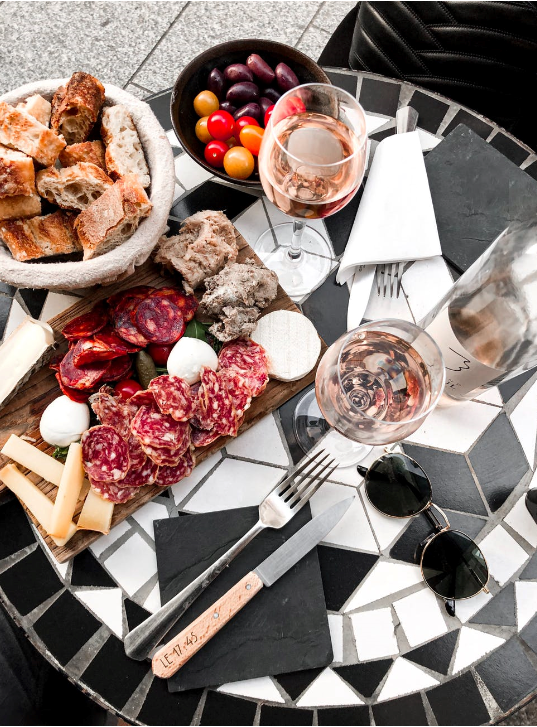 If you’re single and ready to mingle, why not try speed dating this summer at Montreal’s Lobby Bar in Hotel Monville. This could be an interesting and fun way to switch up your dating routine in a time efficient manner because let’s face it, life’s too short to waste on long hopeless dates with Mr. Wrong when you could be meeting Mr. Right in half the time. 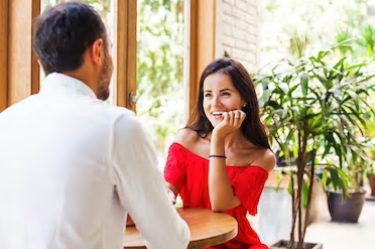 June 9th is the 18th Annual Montreal Brain Tumour Walk. It’s a great way to help raise money for a worthy cause while taking care of your own physical health. Also, Go Bike Montreal Festival 2019 (ending June 2) is all about getting together, having a good time, and creating memories this summer. This popular event is a great opportunity to ride your bike stress-free with family and friends along an untimed route, in the company of thousands of other two-wheel enthusiasts.

Feel like biking is more of a spectators’ sport? The Triathlon Mondial Groupe Copley (June 28-29) is a unique opportunity to see up close the best international triathletes as they compete to qualify for the ITU World Triathlon Grand Final and the Olympic Games 2020. 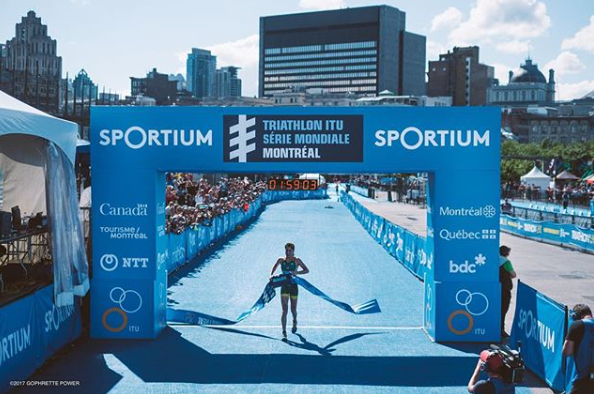 LaRonde is a Montreal summer staple. With tons of events happening throughout the month of June like Grandparents Day (June 15), Le Grand défi Pierre Lavoie at La Ronde (June 16), and L’International des Feux Loto-Québec 2019 starting June 29, you’ll have plenty of reasons to visit! 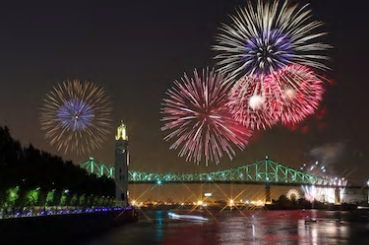 Not in the mood for roller coasters to enjoy the Fireworks show? How about a nice cruise instead? At Croisieres AML you’ll get an amazing view of the colorful fireworks display while enjoying a beautiful musical score, and afterward, you can relax and dance the night away on their outside terraces. 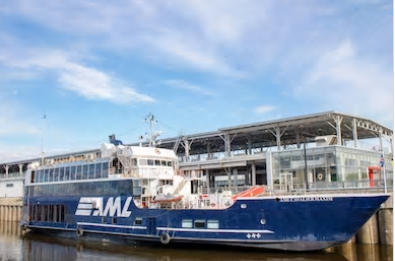 If you’re ready to celebrate Canada a bit early this year Muzique is hosting a pre Canada Day Weekend event from June 28-30 with spiked ice capps, hot dogs and cotton candy on their rooftop. Nothing says, “Hello summer,” and commemorates the celebration of Canadian culture like a spiked ice cap and a rooftop party. 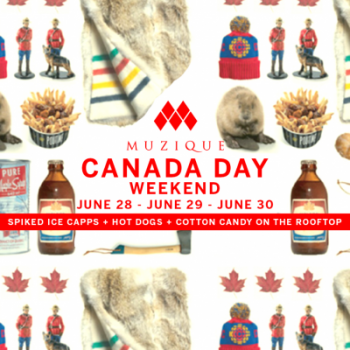 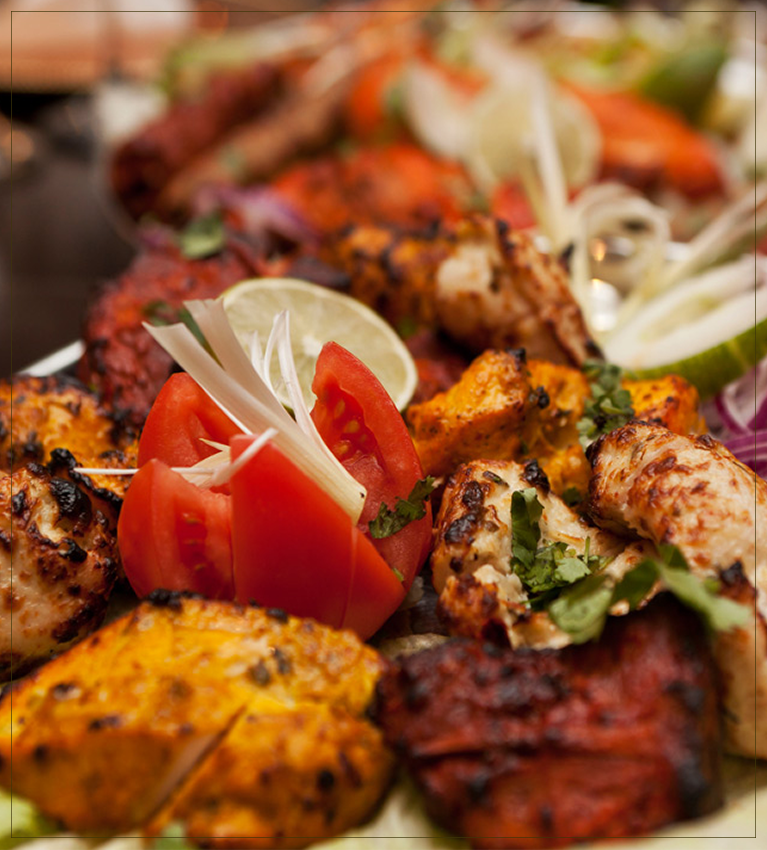 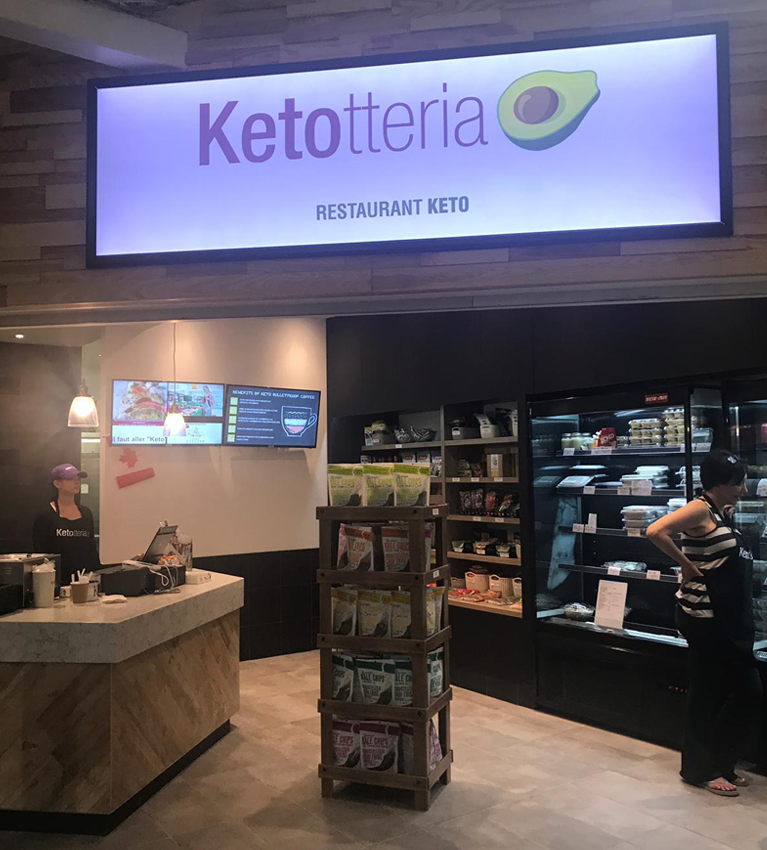 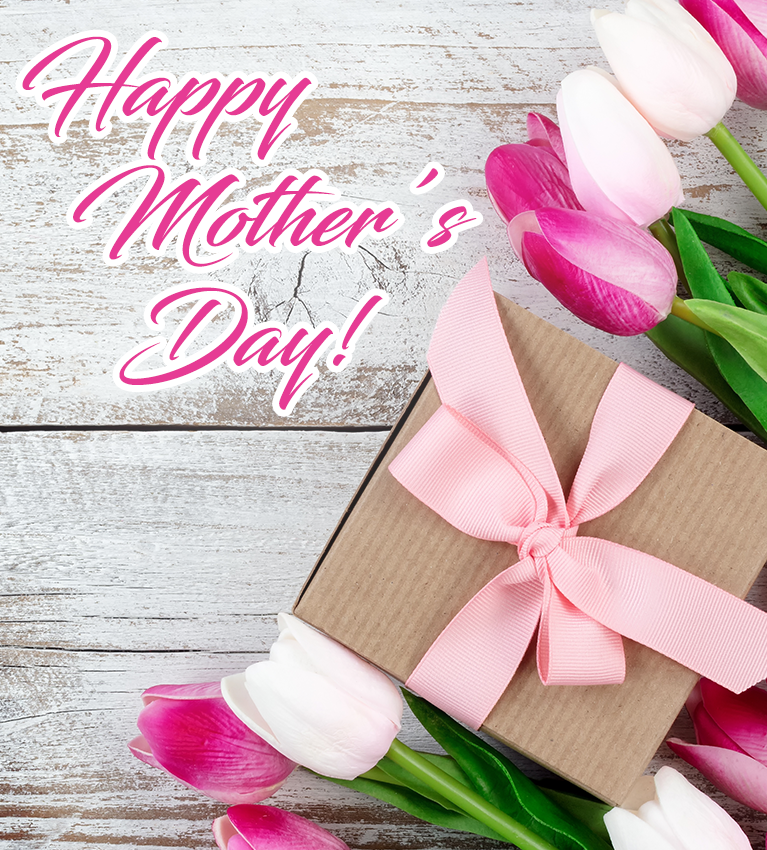